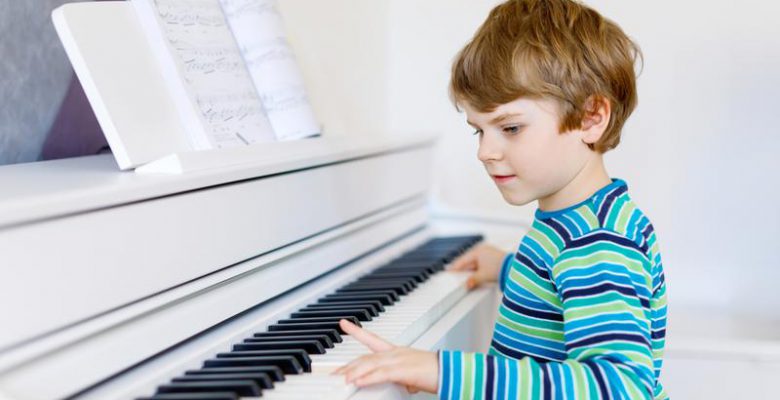 It’s hard to say why, but it’s just intuitively true: Music is good for you. It can calm your spirit, help you vent, and soundtrack your aerobics class. It can even be used to hack your memory. But there’s one surprising yet well-documented effect that really threw us for a loop. Music lessons are very good for language comprehension — and they might even be better than reading lessons.

There have been plenty of studies that show a close link between musical training and language skills. But in this new study from MIT, researchers were able to see music lessons improve word comprehension right before their eyes. Led by Yun Nan, an associate professor at Beijing Normal University, and Robert Desimone, the director of MIT’s McGovern Institute for Brain Research, the team recruited 74 kids between the ages of 4 and 5 to test how their growing language skills were affected by piano lessons.

The 74 participants were divided into three groups. The control group simply carried on with their normal school classes. The other two had their weekly academic lessons supplemented by three 45-minute lessons per week — the first got piano lessons, the second took part in reading lessons. After six months, the researchers returned to their little learners to test how well they could discriminate words based on consonants, vowels, and tone (since Mandarin, the children’s native language, is tonal).

The results? The kids who received a little extra learning every week out-performed those who just continued on with their normal studies. Even the ones who only took music lessons turned out to perform better on those language puzzles than those who didn’t have extra lessons. Perhaps even more surprisingly, the kids who took the music lessons even out-performed the kids who took the reading lessons when it came to telling the difference between two words that were only one consonant apart.

“That’s a big thing for kids in learning language: being able to hear the differences between words,” Desimone said in a statement. “They really did benefit from that.” To the researchers, the results point to one clear conclusion: If you’re a school administrator who wants kids to succeed, you’d better not cut those music programs.

Now, it’s not like music turns any intellectual trouble into a walk in the park. When it came to IQ, working memory, and attention span, none of the kids showed any marked improvement. Plus, this particular study was focused on children who speak a tonal language. Perhaps it’s not surprising that musical lessons made word comprehension easier when those words relied on tonal differences. Still, even non-tonal languages rely on tiny sound differences to differentiate certain words. The benefits of music lessons can’t be denied — so when you start taking Spanish classes, maybe you should try signing up for guitar lessons as well.

This article was adapted from curiosity.com

Previous ArticleWant To Be A Better Writer? Here Are 5 Personal Tips Not Everyone Will Agree With
Next ArticleThere’s a Word for the Fear That All Laughter Is at Your Expense