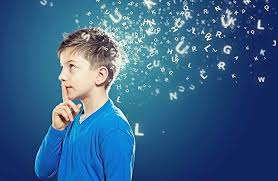 Have you ever noticed that there are some words you can never remember? Like, that word that means “improve” but starts with an A? We’re pretty sure it sounds like a girl’s name. What was that word? Well, it turns out that you may not want to spend too long trying to recall words like that. It may backfire.

Right on the Tip of Your Brain

According to research out of McMaster University, it’s not the words, but the struggle to remember that’s to blame. Scientists gave 30 students definitions of words and asked them to say whether they knew the word, didn’t know the word, or if it was on the tip of their tongue (what psychologists call a TOT, or tip-of-the-tongue state). If they were in a TOT, researchers randomly assigned them to spend either 10 or 30 seconds trying to remember the word before finally seeing what it was.

Two days later, the students were tested on the same words again. While you’d think they’d have an easier time recalling the words they got to see after having them on the tips of their tongues, those words just did the same thing as before: They stayed on the tips of the students’ tongues. This was twice as likely when a student had spent more time trying to recall the word.

It turns out that trying to remember a word blazes a metaphorical trail in your brain, one that you’re more likely to run down the next time that word comes up. “… by getting into a tip-of-the-tongue state on a particular word once, they actually learn to go into that incorrect state when they try to retrieve the same word again,” assistant professor Karin Humphreys said in a press release.

The science suggests that the next time you have a word on the tip of your tongue, you shouldn’t spend time trying to remember it. Instead, immediately look it up or ask someone. If you do get the word, Humphreys says, “you should actually say it to yourself … by laying down another procedural memory, you can help ameliorate the effects of the error.” Ameliorate! It was right on the tip of our tongue.

This article was republished from curiosity.com

Previous ArticleThere’s a Word for the Fear That All Laughter Is at Your Expense
Next ArticleWhere Did These 10 Weird Idioms Come From?