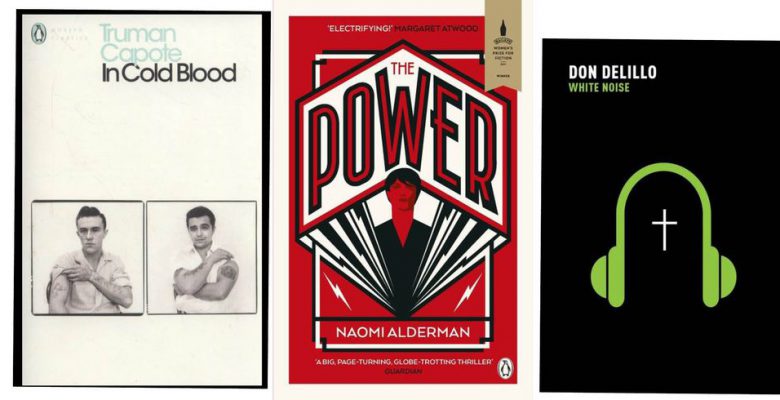 You won’t be able to put them down

Whether you love a fiction novel, a heartbreaking memoir or a laugh-out-loud biography, there are some books everyone just *has* to read. It might be the book you read in GCSE literature, the book you borrowed from your best friend or just a book you picked up by chance, fact or fiction – some books just stay with us.

We’ve put together a list of books that need be on your reading list. From fiction novels you won’t be able to put down to memoirs from women who have changed the world we live in.

We hope you enjoy them as much as we did – these are the best books to read.

To Kill A Mockingbird by Harper Lee

A school favourite that stands the test of time. Harper Lee tells the story through the eyes of 6-year-old Scout Finch, the daughter of Atticus, a lawyer defending a black man charged with the rape of a white girl in the Deep South. It deservedly won the Pulitzer Prize in 1961.

Girl, Woman, Other by Bernardine Evaristo

Joint winner of the 2019 Man Booker Prize, Girl, Woman, Other tells the stories of a group of black British women over the past one hundred years living in Britain, from Newcastle to Cornwall.

One of the most talked about debut novels of all time. Zadie Smith’s debut novel tells the story of wartime friends Archie Jones and Samad Iqbal. White Teeth covers friendship, love, war, three cultures and three families over three generations.

In Cold Blood by Truman Capote

Not for the faint hearted, In Cold Blood is a non-fiction novel detailing the 1959 murders of four members of the Herbert Clutter family in the small farming community in Kansas.

One Hundred Years Of Solitude by Gabriel Garcia Márques

One Hundred Years of Solitude is the history of the isolated town of Macondo and of the family who founds it, the Buendías. Gabriel García Márquez has touched the lives of readers across the globe and earned him the Nobel Prize for Literature.

How To Fail by Elizabeth Day

Elizabeth Day’s celebration of things going wrong will convince you that failure is not a bad thing. You will also laugh out loud.

Joseph Heller’s bestselling novel is a hilarious and tragic satire on military madness, and the tale of one man’s efforts to survive it. You will finally understand the meaning of of a Catch 22.

Winner of the 1985 National Book Award, White Noise tells the story of Jack Gladney, his wife Babette, and their four children, as they navigate the rocky passages of family life to the background babble of brand-name consumerism.

The Handmaid’s Tale by Margaret Atwood

Now an award-winning TV series starring Elizabeth Moss, The Handmaid’s Tale tells the story of Offred, a handmaid in a totalitarian state.

Set after the American Civil War, it is inspired by the life of Margaret Garner, an African American who escaped slavery in Kentucky in late January 1856 by crossing the Ohio River to Ohio, a free state.

The Sea, The Sea by Iris Murdoch

Charles Arrowby retires from London to an isolated home by the sea and plans to write his memoir. His plans don’t work out, and his memoir evolves into a series of strange events and unexpected visitors that shake his ego to its very core.

The Power by Naomi Alderman

A world in which women have the ability to release electrical jolts from their fingers leading them to become the dominant gender… What’s not to love?

Of course the Brontë sisters were going to feature on the list. Jane Eyre tells the story of orphaned Jane on her quest to find love, belonging and independence.

Oranges Are Not The Only Fruit by Jeanette Winterson

This is the story of Jeanette, adopted and brought up by her mother as one of God’s elect. At sixteen, Jeanette decides to leave the church, her home and her family, for the young woman she loves.

Little Women by Louisa May Alcott

If you loved Greta Gerwig’s 2019 film adaptation of Little Women, a revisit of the novel that chronicles the lives of sisters Meg, Jo, Beth and Amy is an absolute must

The bestselling, Booker Prize-winning author of Atonement tells the tale of sexual longing, fear and romantic fantasy on a young couple’s wedding night.

Emily Brontë’s only novel follows the passionate story of the intense, painful love between Catherine Earnshaw and Heathcliff, a boy adopted by her father.

We Should All Be Feminists by Chimamanda Ngozi Adichie

What does feminism mean today? Chimamanda Ngozi Adichie eloquently argues what it means to be a feminist in the 21st century.

A tale of gossip and hearsay, silence and deliberate deafness, Milkman won the 2018 Man Booker Prize for Fiction

Virginia Woolf’s 1928 novel Orlando covers gendered disputes and issues of conforming to society – it couldn’t be more of its time.

Published in 2019 Lisa Taddeo’s Three Women quickly gained a cult following. After eight years and thousands of hours interviewing Taddeo explores the sexual and emotional lives of her three subjects. You won’t be able to put it down.

The Kite Runner author Khaled Hosseini’s second novel does not disappoint. Set in Afghanistan from the early 1960s to the early 2000s, it follows the story of Mariam who suffers from both the stigma surrounding her birth along with the abuse she faces throughout her marriage.

Now a BBC tv series, Sally Rooney’s Normal People quickly earned itself a cult following after it’s release in 2018. Extraordinary relatable and intensely emotive, the story of Connell and Marianne is one you won’t want to put down.

Following in the footsteps of Big Little Lies, Celeste Ng’s Little Fires Everywhere has been turned into a television miniseries starring Reese Witherspoon and that can only mean one thing – the book is definitely worth a read.

One of the most highly acclaimed essay collections in years, White Girls is a complex portrait of ‘white girls’ which includes figures such as Truman Capote and Louise Brooks, Malcolm X and Flannery O’Connor.

The Help by Kathryn Stockett

Now an Oscar nominated film, Kathryn Stockett’s 2009 novel is narrated by Minny and Aibileen, two black maids, and Miss Skeeter, a white woman who wants to be a writer. The story takes place in Mississippi in the 1960s.

A Little Life by Hanya Yanagihara

There’s a reason this novel has a 4.5 rating and 27,000 reviews on Goodreads. The story of students Jude, Malcolm, Willem and JB will stay with you.

She Said by Jodi Kantor and Megan Twohey

Jodi Kantor and Megan Twohey are the two journalists who wrote the New York Times article that brought down Harvey Weinstein. Here they tell the story of their investigation and how it helped ignite the #metoo movement.

The Shadow Of The Wind by Carlos Ruiz Zafón

Following the war, an antiquarian book dealer’s son who mourns the loss of his mother, finds solace in a mysterious book. But when Daniels seeks to find the author’s other works he makes a shocking discovery…

Teenage Nazneen finds herself in an arranged marriage in a cramped East London flat. Knowing no English she is forced to depend on her husband. That is until the radical Karim steps unexpectedly into her life.

Jephcott’s debut novel is based on the real life and events of Truman Capote.Swan Song is the tragic story of the literary icon of his age and the beautiful, wealthy, vulnerable women he called his Swans.

My Brilliant Friend by Elena Ferrante

Through the friendship of Elena and Lila, Italy’s most acclaimed author tells the story of a village, city and country and it’s people.

There’s a reason Michelle Obama’s Becoming tour sold out stadiums. From meeting Obama to living in the White House, we see the crazy journey Michelle has been on from her own perspective. It’s inspirational and thought-provoking from start to finish.

Call Me By Your Name by André Aciman

Now a box office hit starring Timothée Chalamet, the 2007 novel by André Aciman is a coming-of-age story that follows the blossoming romance between an adolescent boy and a summer guest at his parents’ cliff-side mansion on the Italian Riviera.

The Catcher In The Rye by J.D. Salinger

Named by Modern Library and its readers as one of the 100 best English-language novels of the 20th century, Catcher In The Rye quickly became an English class favourite – but don’t let that put you off.

The Goldfinch by Donna Tartt

Thirteen-year-old Theo Decker miraculously survives an accident that kills his mother but in turn he gains a painting. The Golfinch is harrowing and painful and you’ll stay up all night reading it from cover to cover.

Know My Name by Chanel Miller

She was known to the world as Emily Doe after she was sexually assaulted on Stanford University campus. Her victim impact statement went global after her attacker was sentenced to just six months in jail. In this powerful and important memoir Chanel Miller tells her own story.

The Bell Jar by Sylvia Plath

A ggroundbreaking semi-autobiographical portrait of a young woman struggling with depression as she follows her dreams to becoming a writer: the quintessential coming-of-age novel.

The Book Thief by Markus Zusak

Liesel’s life changes when she picks up a book partially hidden by her brother’s grave. It is The Gravedigger’s Handbook, left by accident, and it is her first act of book thievery. Soon she is stealing books from Nazi book-burnings, the mayor’s wife’s library, wherever there are books to be found.

This article was republished from elle.com