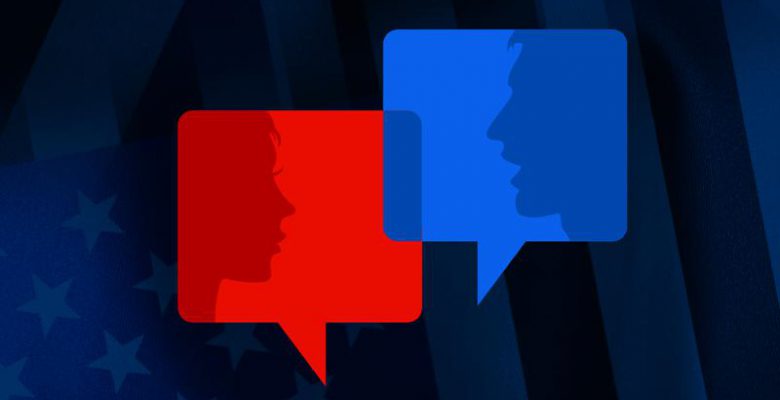 The first English people to colonize the land that would become the United States came over in 1607, and they brought the English language (and accent) with them. But if you’re picturing a bunch of Pilgrims talking like Benedict Cumberbatch only to have their descendants talk like Keanu Reeves, then we’ve got news for you: The modern American accent is a lot closer to how English used to be spoken than the British accent is.

The main difference between the British accent and the American one is rhoticity, or how a language pronounces its “Rs.” What you might think of as standard American (or “newscaster voice”) is a rhotic accent, which basically means “R” is enunciated, while the non-rhotic, stereotypical English accent drops the “R” pronunciation in words like “butter” and “corgi”. Of course, there are a few American accents that drop the “R,” too — Bostonians “pahking the cah in Hahvahd Yahd,” for example, or a waitress in the South who calls you “Suga.'” And some accents in Northern England, Ireland, and Scotland retain their “Rs” as well.

But Americans didn’t find a treasure trove of Rs in their new country. Instead, British speakers willingly lost theirs. Around the time of the Industrial Revolution, many formerly lower-class British people began to find themselves with a great deal of money, but a voice that instantly marked them as a commoner. In order to distinguish themselves from their lowlier roots, this new class of Brit developed their own posh way of speaking. And eventually, it caught on throughout the country. It’s called “received pronunciation,” and it even influenced the speech patterns of many other English dialects — the Cockney accent, for example, is just as non-rhotic but a lot less hoity-toity.

Missing Rs in the United States

Meanwhile, English-speakers in the States, for the most part, didn’t get the memo that Rs were out. Although pronunciation has changed on both sides of the Atlantic, some Americans began claiming that their particular regional dialect is actually the original English pronunciation, preserved for all time in a remote pocket of the country. Unfortunately, most of these claims don’t really pan out. One popular candidate is the Appalachian accent, which is distinguished by some archaic words such as “afeared,” but otherwise doesn’t seem to have much connection to the language of Shakespeare. And on Virginia’s Tangiers Island, people speak a strange form of English difficult for even Americans to understand, which claim to be the original accent. But linguist David Shores believes the idiosyncratic speech is a result of isolation instead.

But on the topic of English speakers making a conscious choice to drop their Rs, there was an interesting blip in linguistic history around the time that radio became popular. Like received pronunciation, the Mid-Atlantic or Transatlantic Accent was deliberately invented to serve a purpose. You almost certainly don’t know anybody who speaks it, but you’ve definitely heard it before. It’s the voice of Cary Grant, Katherine Hepburn, and Vincent Price; the Rs are dropped, the Ts are articulated, the vowels all softened to an erudite drawl. It’s also an ambiguous combination of the British and American accents. Taken together, all of the factors made it the perfect voice for broadcasting at the time. The unique pronunciation was easy to understand even on early audio equipment with poor bass frequencies and could appeal to listeners in multiple English-speaking countries. But it fell out of favor after World War II, and one of the first accents to be immortalized on audio recording was consigned to another piece of wartime nostalgia.

We handpick interesting, informative and engaging content that we think you will enjoy!

Previous ArticleWhere Did These 10 Weird Idioms Come From?
Next ArticleWhen Negotiating, You Should Always Make the First Offer