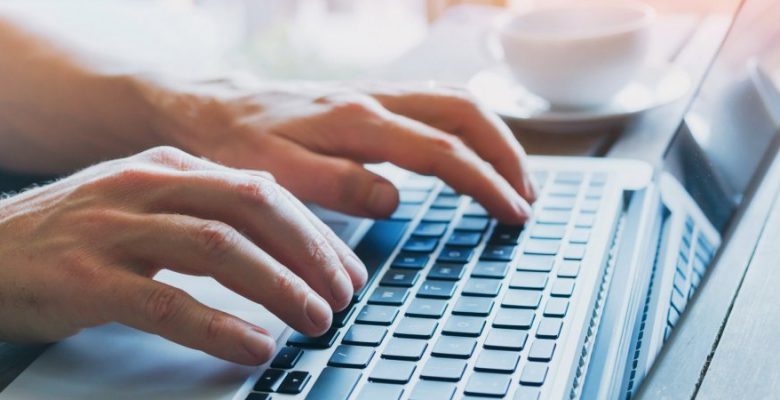 The trouble with writing is that everyone thinks there’s a single correct way to do it. Especially in business. There isn’t.

Absurdly Driven looks at the world of business with a skeptical eye and a firmly rooted tongue in cheek.

In this world of Instagram, YouTube and the cheery misspelling of seemingly every word in the world, you’d think writing was becoming a sad little irrelevance.

Even if you’re sitting at home, a quick Zoom or FaceTime adventure can communicate everything that needs to be. At least, you might think that.

Strangely, though, there are still those for whom the written word is paramount. And not just lawyers.

Yes, I’m biased. I commit many written words to digital parchment and even occasionally get paid for it.

But now that you’re likely working from home, attached to your computer, perhaps it’s worth considering how you write.

I still marvel at how much writing — especially writing in business — feels and sounds the same.

I suspect it’s partly because too many people believe there’s only one correct way to write.

So, in the spirit of socially distanced sharing from my home to yours, please let me offer five little tips that have served me well. You never know, they might do something for you too.

I know writing appears in many different spheres, but these suggestions may help you reassess the way do it in all of them. Perhaps.

And please remember, this is Absurdly Driven so you don’t have to agree with anything at all, but I like you more when you do.

1. You Have One Job. Get Them To The Next Sentence.

When you stop to think what you’re trying to achieve, it’s to get your reader to ingest every word. It’s painfully idealistic, I know. Everyone tells you to keep things short and get to the point. Yet the truth is, as they get to the end of your first sentence, you want them to want to read the next one. Are you with me? Still? See, it works.

I’ve lived in several countries, not all English-speaking. Each, though, had its own quirks when writing in English. When I moved to America, I was struck — no, assaulted — by the number of that‘s that punctuated every sentence. (You see, I managed two in the last sentence). Those that‘s began to appear in my writing too. So, when I’m finished writing, I go back through and see how many that‘s were entirely redundant. It’s both heartbreaking and refreshing. Everyone has an unfortunate writing tic that can grate. Be honest about yours.

One of the hardest things in life is giving yourself permission to not conform. When it comes to writing, it’s so easy to copy those whom you think to be good writers. Especially in a world that reveres data above creativity. Please, then, instead of wishing everyone is well, begin each email in an entirely different way. It shows you have an agile mind. Or don’t. Either way, create and constantly adapt your own style and make it always sound like it’s coming from you. It’ll make you happy. It’ll make everyone else a little more interested.

I know thinking outside the box is hard, but take that box and turn it into a kennel, rather than just lazily stuff it into yet another sentence. You’ll tell me clichés are a wonderful shorthand. Everyone knows what they mean. I’ll tell you that the more they’re used, the more they show lazy minds. And why does anyone want to work with lazy minds?

5. Listen To The Rhythms. Hum Your Writing.

It’s remarkable to me that everyone listens to music, but relatively few people seem to listen to what they write. If they did, they’d realize it can sound like Prodigy on a very bad day. Try, as a little experiment, to hum what you’ve written. If your humming is jarring, the writing probably is too.

Thank you for getting this far. If you haven’t, well, I promise to do better next time. But you don’t know that, do you?

Previous ArticleWhat does it mean to Read?
Next ArticleMusic Lessons Might Be Better than Reading Lessons for Language Skills