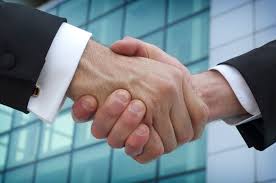 Here’s our offer: For the next 10 minutes, we’ll tell you all about the one technique that helps you win in any negotiating situation. What’s that? You’ll do 1 minute? How about 2? Perfect. And that’s how you just fell for the anchoring effect.

No point in beating around the bush: Whether it’s the price of a used car, your salary at a new job, or how many french fries you have to trade your sister for one of her chicken nuggets, you should always make the first offer. It might seem strange and even counterproductive (what if your offer’s so far from theirs they just get up and walk away?) but being the first person to assign a value both to what you have to offer and what they do sets the tone for the entire exchange. Incredibly, that’s true even if the person you’re negotiating with is aware of the effect and is actively trying not to let the first offer sway theirs.

It’s called the anchoring effect because it tethers the negotiation to a certain range. The examples that prove it’s real are more than a little striking. In a study led by Greg Northcraft and Margaret Neale, real estate agents were presented with a set of houses that had been assigned random values. The agents were told these values ahead of time but were also told not to allow those values to influence their own appraisal. Nevertheless, the number that they had been fed had a clear effect on their final judgment. What’s more, the agents ended up citing a variety of mitigating factors about the houses to explain their decisions — even as some valued the same houses substantially more or less than their actual worth.

The fear is real when it comes to being the first to put a number out there. If you feel like you’re going in blind, without any idea of what the other person thinks they should put on the table, then the thought of just throwing out an offer can be very intimidating. Writing for Harvard Business School’s Working Knowledge, Columbia Business School professor Adam Galinsky says that, in general, bolder is better. “By making an aggressive first offer and giving your opponent the opportunity to ‘extract’ concessions from you, you’ll not only get a better outcome, but you’ll also increase the other side’s satisfaction.”

It might sound a bit counterintuitive that the strategy that winds up with you getting more could also leave your opponent feeling happier too, but it makes some sense if you think about it. After all, if somebody eagerly agrees to your first offer, wouldn’t that leave you feeling as if you could have asked for much more? Instead, by making the other person fight for concessions, they’ll feel as though they got the best deal possible. And it could easily work out more favorably for you than you expected, as well.

Galinsky does note that there’s one situation where you probably shouldn’t make the first offer, and that’s when you’re coming from a point of ignorance. If your opponent is much more knowledgeable both about the value of what they are offering and the value of what you are offering, then they will always have an advantage over you when it comes time to decide on a price. The answer isn’t to let them set the terms of negotiation, however: It’s to rectify the situation by learning as much as you can beforehand.

Previous ArticleThe American Accent Is Older Than the British Accent?
Next ArticleThanks to the Globe Theatre, You Can Officially Stream Shakespeare’s Best Plays for Free