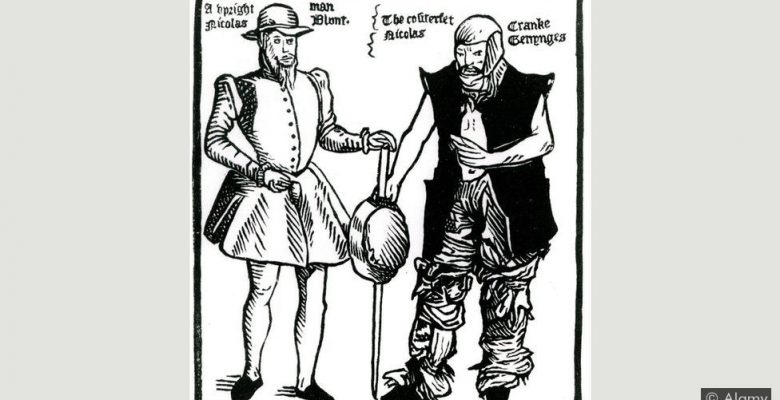 From London to Timbuktu, there is a teeming underworld of rebellious “anti-societies” who speak a mercurial, ever-changing code. Their words are, quite literally, gobbledygook designed to confuse authority.C

Could you erectify a luxurimole flackoblots? Have you hidden your chocolate cake from Penelope? Or maybe you’re just going to vada the bona omi?

If you understand any of these sentences, you speak an English “anti-language”. Since at least Tudor times, secret argots have been used in the underworld of prisoners, escaped slaves and criminal gangs as a way of confusing and befuddling the authorities.

Thieves’ Cant, Polari, and Gobbledygook (yes, it’s a real form of slang) are just a few of the examples from the past – but anti-languages are mercurial beasts that are forever evolving into new and more vibrant forms.

A modern anti-language could very well be spoken on the street outside your house. Unless you yourself are a member of the “anti-society”, the strange terms would sound like nonsense. Yet those words may have nevertheless influenced your swear words, the comedy you enjoy and the music on your iPod – without you even realising the shady interactions that shaped them. 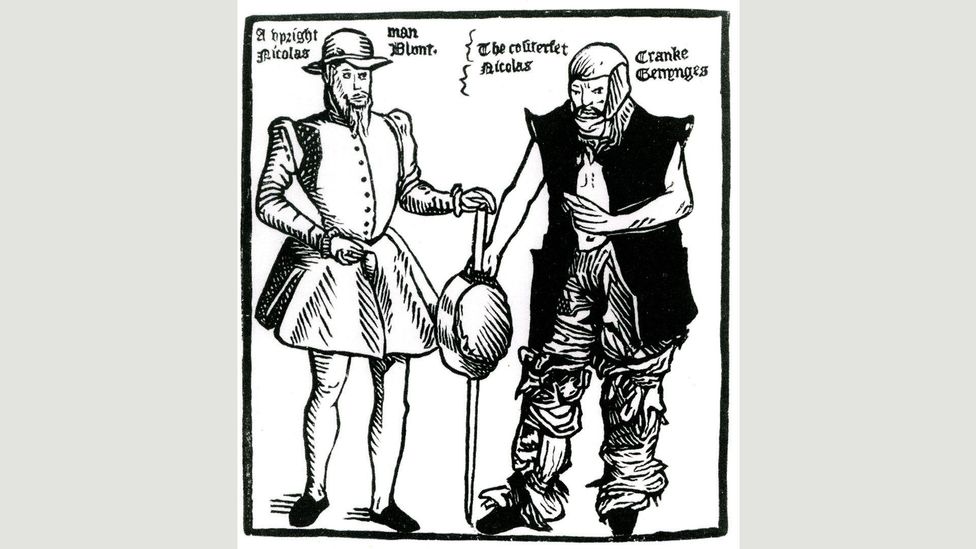 One of the first detailed records of an anti-language comes from a 16th Century magistrate called Thomas Harman. Standing at his front door, he offered food and money to passing beggars in return for nothing more than words. “He would say ‘either I throw you in prison or you give me your Cant,’” explains Jonathon Green, whose latest book is Language: 500 Years of the Vulgar Tongue.

Byng we to Rome vyle to nyp a bounge, so shall we have lower for the bowsing ken – Thieves’ Cant

As Green points out, many slang words concern our basest preoccupations. “Slang may not represent us at our best, or our most admirable, but it represents us as human beings with anger, fear, self-aggrandisement, and our obsession with sex and bodily parts.”

Yet the Thieves’ Cant also includes some intricacies that are not found in the informal language you or I speak. They are perhaps best illustrated by a dialogue between two vagabonds, which Harman recorded in his book A Caveat or Warning for Common Cursitors. “Byng we to Rome vyle to nyp a bounge, so shall we have lower for the bowsing ken,” one suggests. Harman translates the phrase as “Let’s go to London and cut a purse, so we shall have money for the alehouse” – a meaning that would be almost completely indecipherable for people who were not in the know.

Four centuries later, Harman’s glossary would help inspire British-born linguist Michael Halliday to define the term “anti-language” in the 1970s, to describe the words spoken on the fringes of society. Comparing Thieves’ Cant to more recent analyses of the slang spoken in Calcutta (now commonly spelt as Kolkata) and elaborate “Grypserka” found among the inmates of Polish prisons, he found striking similarities in the patois spoken by all three underground groups and the ways it shaped their interactions.

All borrow the grammar of the mother language but replace words (“London”, “purse”, “money”, “alehouse”) with another, elliptical term (“Rome”, “bounge”, “lower”, “bowsing ken”). Often, the anti-language may employ dozens of terms that have blossomed from a single concept – a feature known as “over-lexicalisation”. Halliday points to at least 20 terms that Elizabethan criminals used to describe fellow thieves, for instance: “prigger of prancers”, “doxy”, “dell”, “counterfeit crank”, “jarkman” and “bawdy basket”, to name just a handful.

Similarly, the Kolkata underworld had 41 words for police and more than 20 for bomb. Each anti-society may have its own way of generating new terms; often the terms are playful metaphors (such as “bawdy basket”), but they can also be formed from existing words by swapping around or inserting syllables – “face” might become “ecaf”, for instance. 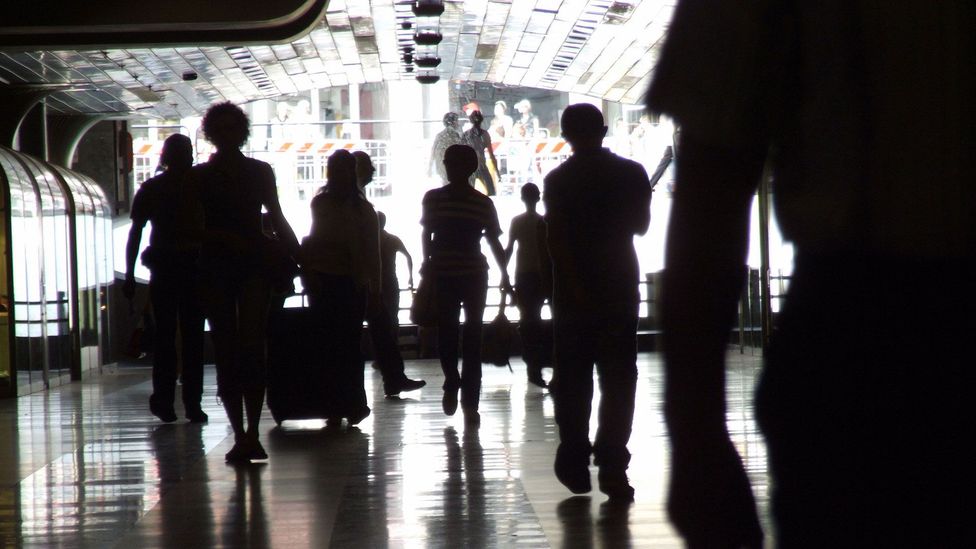 Gangs near you may still be using a coded slang to confuse authority (Credit: Alamy)

This clever, playful use of metaphor would come to define anti-languages for Halliday. As you could see from the dialogue between the two Elizabethan ruffians, the strange, nonsensical words render a sentence almost impossible to comprehend for outsiders, and the more terms you have, the harder it is for an outsider to learn the code. It is the reason that selling words to the police can be heavily punished among underworld gangs.

Halliday doubted that secrecy was the only motive for building an anti-language, though; he found that it also helps define a hierarchy within the “anti-society”. Among the Polish prisoners, refusing to speak the lingo could denigrate you to the lowest possible rung of the social ladder, the so-called “suckers”. Needless to say, these individuals had a rougher time than those who had bothered to immerse themselves in the vocabulary.

“The better you are, the higher the status between those users,” explains Martin Montgomery, author of An Introduction to Language and Society.

The concept of an anti-language throws light on many of the vibrant slangs at the edges of society, from Cockney rhyming slang and Victorian “Gobbledygook” to the “Mobspeak” of the Mafia and “Boobslang” found uniquely in New Zealand prisons. The breadth and range of the terms can be astonishing; a lexicography of Boobslang reaches more than 200 pages, with 3,000 entries covering many areas of life. To be “under the thumb” is to be in love, a “double yoker” is an idiot, a “cue ball” is a skinhead and a “goodnight kiss” is a knockout punch. Outside of prison, each type of crime will have its own specialised vocabulary. A 1980s survey of American confidence tricksters, for instance, found a variety of colourful names for their intended victims – they are an “apple”, an “egg”, a “fink”, or, most innocuously sounding, “Mr Bates”. 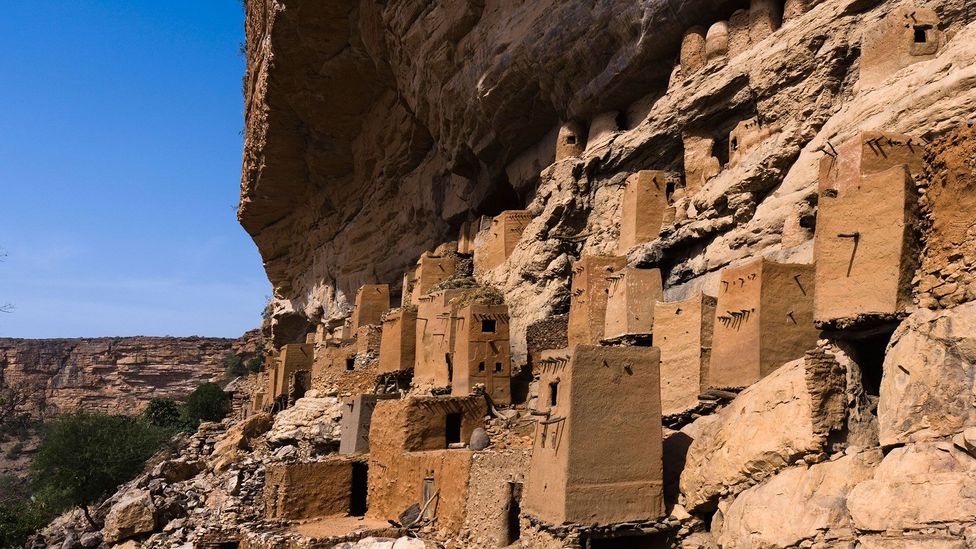 In cliff-side houses like these, some Malian villagers talk an enigmatic anti-language originally designed to fool slave-traders (Credit: Alamy)

One of the most elaborate forms of anti-language can be found in a remote canyon in Mali, 250 kilometres south of Timbuktu. Living in a remote village carved out of the edge of a massive cliff, the Bangande (literally translated as “furtive ones”) are reportedly descended from escaped slaves, which may have led them to evolve a clandestine vocabulary that they could use to fool passing traders. Sometimes, it involved reversing the meaning of words – a black tree was described as being white, for instance – a simple trick that would confound those who were not in the know.

As a sign of just how much they valued their privacy, the linguist Abbie Hantgan reports having lived with the locals for years before her friends finally revealed the anti-language.

Other anti-languages have thrived and then withered as their tabboos faded – but they nevertheless leave a lasting mark on our culture. Consider Polari. Incorporating elements of criminal cants, the gypsy Romani language, and Italian words, it was eventually adopted by the gay community of early 20th Century Britain, when homosexuality was still illegal. (Taking a “vada” at a “bona omi” for instance, means take a look at the good-looking man). Dropping an innocent term into a conversation would have been a way of identifying another gay man, without the risk of incriminating yourself among people who were not in the know. 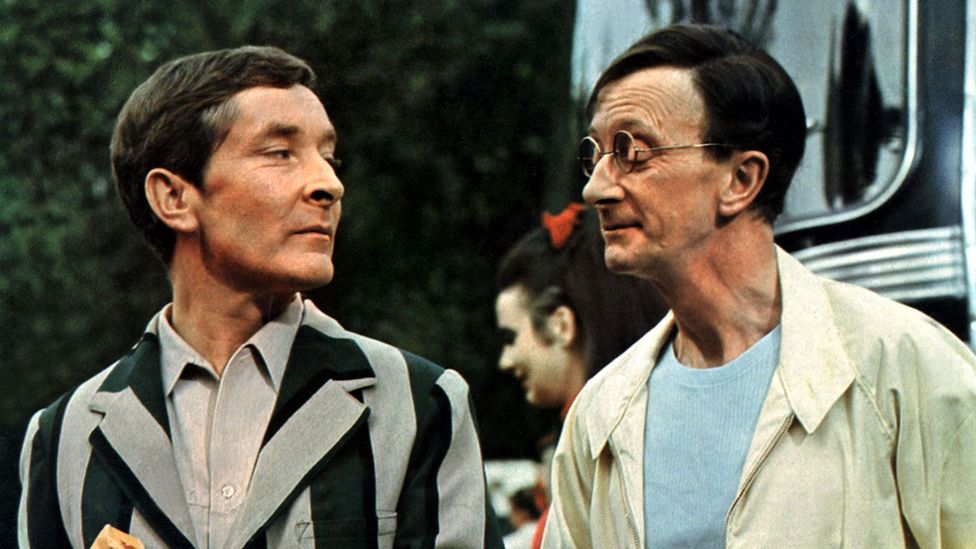 The wordplay and innuendo of the Polari anti-language became core characteristics of the camp humour championed by the likes of Kenneth Williams (Credit: Alamy)

The wit and word play of Polari soon became central elements of “camp” humour, influencing family favourites such as the Carry On films. The most outrageous example was possibly Kenneth Williams’ popular BBC radio show Round the Horne, which used graphic innuendo to bring gay culture into even the most conservative of living rooms. Ostensibly talking about music, for instance, one character describes “a miracle of dexterity at the cottage upright”. The phrase may have sounded innocent enough for those who did not know that “cottage” means “public toilet” and “upright” refers to an erection.

His success is a startling illustration of the power of an anti-language to subvert – using the establishment’s prudish “Auntie”  to broadcast shocking scenes of gay culture, two years before the Sexual Offences Act decriminalised homosexuality. The show may have only got the green light thanks to the fact that the radio commissioners either didn’t understand the connotations – or at least, didn’t want to admit they understood them.

David Bowie’s last album was written as a combination of Polari and Nadsat, the fictional anti-language in Anthony Burgess’s A Clockwork Orange

With the growing gay rights movement, however, a secret anti-language was no longer necessary, or wanted, and Polari began to crumble. But it has left its mark in the words and phrases such as “camp”, “palaver”, “butch” and “naff” (which was used as a rude acronym denoting someone who is sexually unavailable.) And artists continue to use its playful terms as a source of inspiration; the song Girl Loves Me on David Bowie’s latest album was written as a combination of Polari and Nadsat, the fictional anti-language in Anthony Burgess’s A Clockwork Orange. 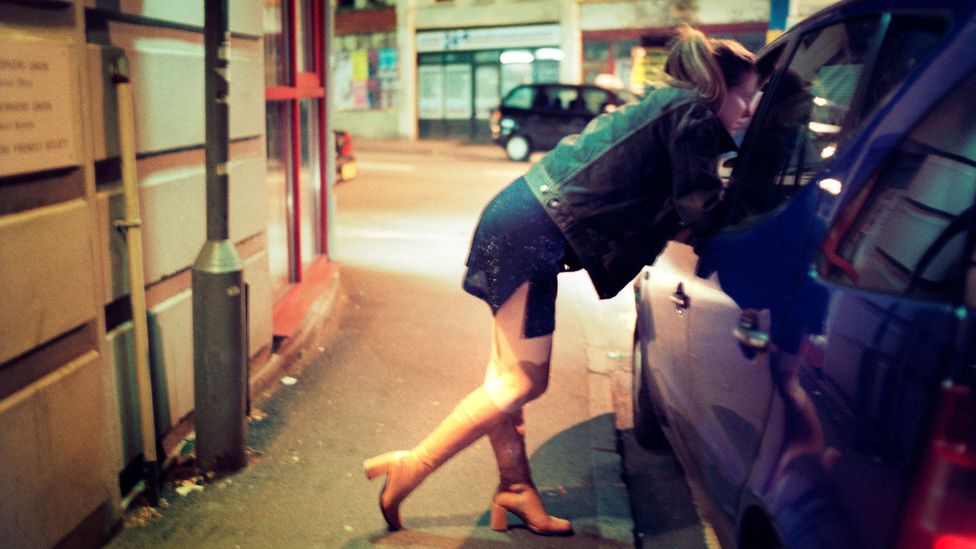 Montgomery thinks we can see a similar process in the lyrics of hip-hop music. As with the other anti-languages, you can witness the blossoming of words for the illegal activities that might accompany gang culture. “There are so many words for firearm, for different kinds of drug, for money,” says Montgomery, who is based at the University of Macau. The police, for instance, are variously known as “berry”, “elroys”, and “Penelope”; crack cocaine can be known as “German chocolate cake”, “hubba” or “a slab”.

Again, the imaginitive terms lend themselve to artistic use. “There’s quite often a playful element you elaborate new terms for old,” Montgomery says. “To use broccoli as a word for a drug – you take a word from the mainstream and convert it to new use and it has semi-humorous twist to it.”

He thinks that the web will only encourage the creation of slang that share some of the qualities of anti-languages; you just need to look at the rich online vocabulary that has emerged to describe prostitution; those seeking the services of a sex worker are “practicing the hobby”, “trolling” or “mongering”. Montgomery points out that new, metaphorical forms of speech will also proliferate in areas threatened by state censorship; already, you can see a dozen euphemisms flourishing in place of every term that is blocked from a search engine or social network.

If we can learn anything from this rich history of criminal cants, it is the enormous resilience of human expression in the face of oppression. When considering the poetry of English, we rarely think of the thieves, drug dealers and prostitutes who helped form it. Yet our language may be at its richest and most powerful when it is driven underground.